Divers in the snow? Yes, that’s the idea. In the Catalonia Pyrenees they organise immersions in frozen lakes, whether you are a novice diver or an expert.

You have already done some diving in the sea and think this is more of the same? Actually, no. Floatability and atmospheric pressure are different in a freshwater lake, where temperatures stand at between 1 and 3 degrees at an altitude of more than 2,000 metres. And so is the spectacle.

The contrasts in light are spectacular. The sunlight that filters through the hole in the ice and the oxygen trapped under the frozen layer of water produce an almost kaleidoscopic effect. “Like jewels, diamonds and half-metre snowflakes”, they say at Busseing Pallars, a company engaged in organising these immersions in the lake of the Núria Valley (2,200m) and in Jabalí lake in Port Ainé (2,250m).

Underwater swims can only be done in groups of two or four people accompanied by an instructor. They last between ten and fifteen minutes and always require prior booking. You are provided with all the diving gear.

For an initiation dive, the Jabalí lake in Port Ainé is the most attractive option given its good underwater visibility and ease of accessing the location. The organisers of the activity will pick you up at the station approach and take you to the lake by snowmobile. In Vall de Núria, however, visibility is lower but the trip on the cog railway to reach the resort is an experience in itself.

Keeping in mind that you will be in a ski resort, the most obvious complement to round off your getaway is to jump straight into some downhill skiing. If you are a lover of good food, don’t miss out on a visit to Can Mariano restaurant in the village of Baro (Pallars Sobirà). Awaiting you here are the hearty escudella hotpot, palpís meat stew, girella sausage or pork preserve that will warm you up after your ice dive.

Want to leave routine behind? How about under the ice? 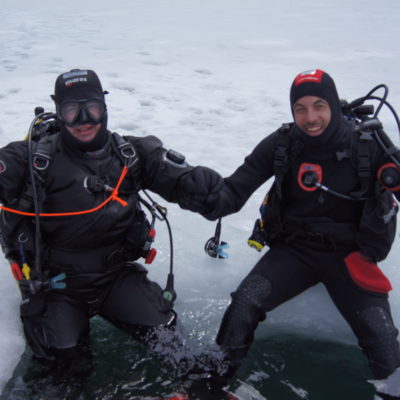 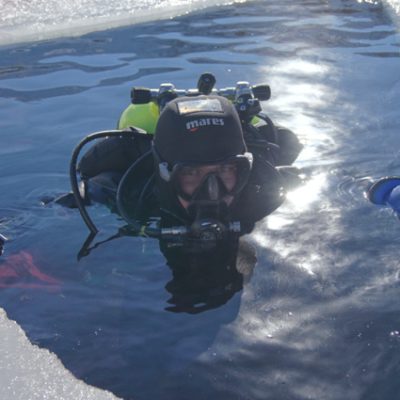 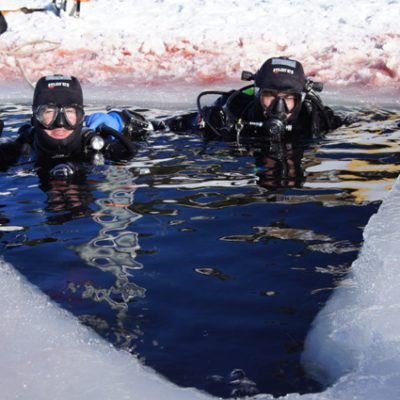 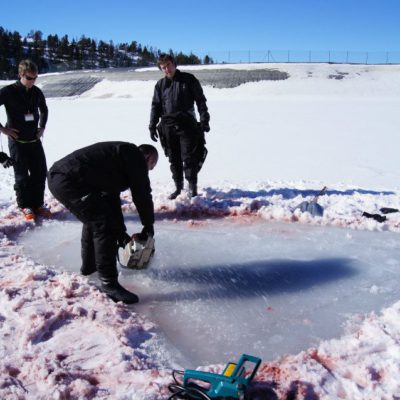 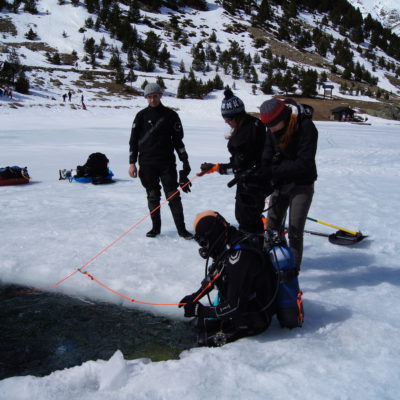