Time to put on your snowshoes

This winter put on some snow boots… and also snowshoes. Don’t just let us tell you about it, try it. You will take exercise, enjoy the landscape and learn very quickly.

Winter snowfalls leave behind a gorgeous landscape in the Catalan Pyrenees, enveloped in a postcard-ready white mantle that is well worth the effort. The most widely practiced sport in the area is skiing, but it is increasingly common to become hooked on snowshoeing excursions. They are an easy way to walk around the mountains, enjoying the luxury of nature’s silence.

Snowshoeing excursions, sport and nature in their purest form.

In the Catalan Pyrenees virtually all ski resorts organise snowshoeing outings, even at night-time such as those available in La Molina, which offers a comprehensive mountain experience that includes resting in an igloo and ending with a nice cup of hot chocolate.

In Port Ainé and Espot Esquí they organise guided excursions around the Alt Pirineu Natural Park; in Tavascan you will find some that start in the refuge of La Pleta del Prat, and Baqueira Beret offers snowshoeing routes around the Pla de Beret plain. One of the most attractive ones goes from Orri to Lac de Bacivèr. It departs from the Orri car park in the Pla de Beret and involves around four hours of walking on snow with a gradient of 272 metres.

There are also courses on offer for learning to walk on snow and, if you wish to take part in a competition, night-time contests and snowshoeing orientation courses are also held.

A walk on snowshoes around the National Park of Les Capçaleres del Ter i del Freser (Setcases).

Walking on snow had never been so easy

While the origins of this footwear goes back to a time before Christ, when they were used for hunting or moving around in winter, in the 21st century they have been modernised. Today’s snowshoes are fitted with mobile fixings that allow you to freely move your feet for climbing slopes and block them for descending. Using them does not require a great deal of technique and the activity can be adapted to different levels of skill. Snowshoes are comfortable and easy to use; you just need to take a few steps to become accustomed… it’s like walking on snow.

To do an excursion on snowshoes you need to equip yourself with comfortable, well-insulated clothing, sunglasses and ski poles.

You can look forward to a great day out in the snow. Not wearing snowshoes yet?

Walking on snowshoes does not require much skill. 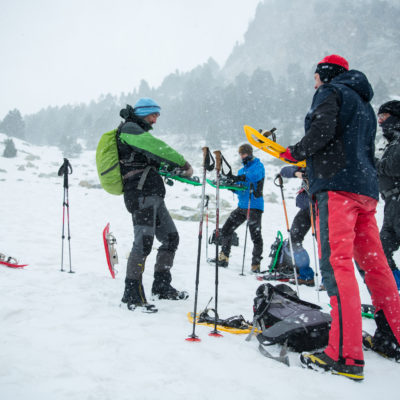 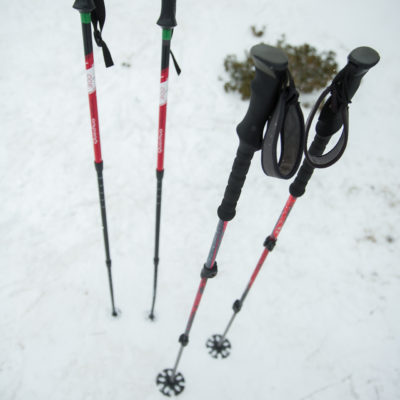 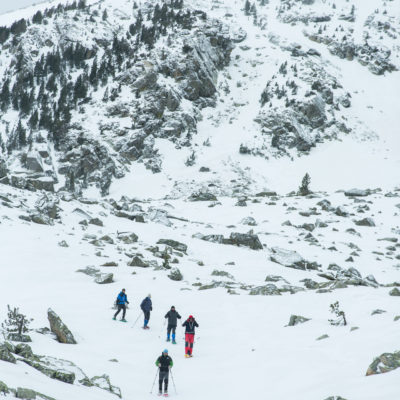