The bicycle: wine tourism on two wheels in Bages

Fans of cycling must include the region of Bages among their favorite destinations both for its bike routes but also for the wine. Take a two-day bike trip where you’ll discover wineries and places influenced by the Bages wine culture.

The itinerary is 50 kilometers, divided into two parts. The first starts at the Manresa bus station and takes us to the vats of the Tres Salts. The vats are structures used to make wine during the end of the XVI century and a century later it became popular throughout the region.

The route heads towards the Sant Benet del Bages Monastery (founded in the year 960) for a guided tour where you’ll see the spectacular audiovisual with holograms and have lunch. The afternoon is the time for the first tasting in the small family winery of Solergibert d’Artés a small farm only harvesting 10 hectares of vineyards. After, the last pedaling of the day takes you to the Masia l’Abadal, a restaurant and rural lodging where you’ll dine on some traditional Catalan dishes and spend the night. When you arrive, the table will be set up inside ancient wine vats.

The following day, you’ll get back on the bike to visit the Horta d’Avinyó to submerge yourself in handcrafted wines from the Abadal winery. You’ll visit the facilities and taste some of its best-known wines. After the tasting, you pedal on to Artés to discover the La Xicra restaurant. Its homemade croquettes will miraculously energize you! This is the last stop before returning to the Manresa bus station.

How about getting out and cycling? 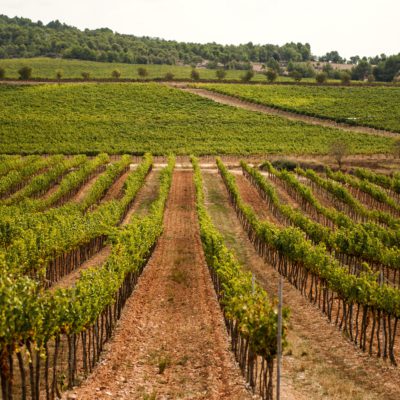 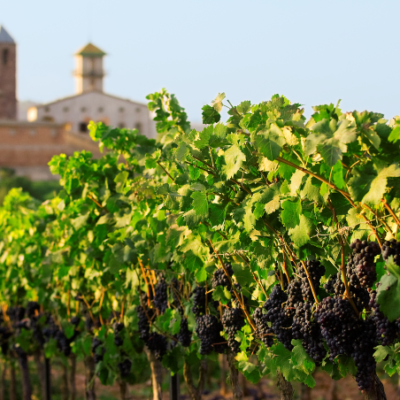 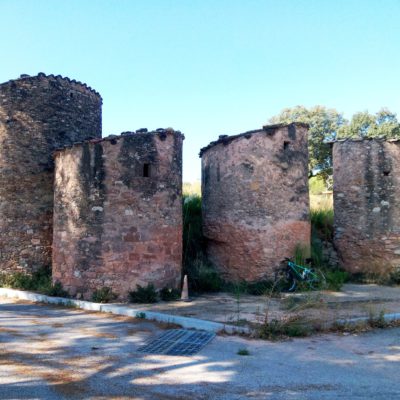 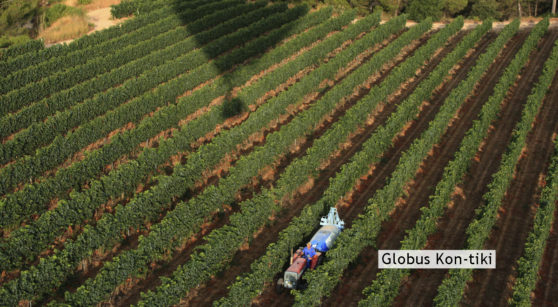 A bird’s eye view of wine

From above, the Pla de Bages takes on new beauty. From the Park of the Agulla, you’ll fly in a hot air balloon over the wine territory surround by Montserrat, the salt mountains, the Sant Llorenç del Munt Natural Park and the Obac. After the flight and to recover from the emotions, a relaxing visits awaits you with a tasting at the Mas de Sant Iscle winery, DO Pla de Bages. It’s a medieval house dated from the year 950 and birthplace of the region’s winemaking. 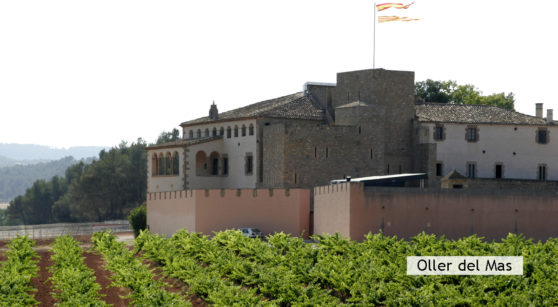 A toast at the castle

Forbidden things are always attractive. It’s an instinct that is hard to repress and this experience lets it take flight. The Celler Oller del Mas winery will open the doors of the 5th century medieval castle which are normally closed to the general public. It will be an exclusive visit that concludes with a wine tasting. The toast will whet your appetite for lunch at the Ó de Sant Benet in Bages. Led by Chef Jordi Llobet, the restaurant was awarded a Michelin star in 2013.

It’s a green version of the classic cannelloni: here the wrap is the green cabbage. Boil the meat with the onions, tomatoes and add salt. Drain the meat and chop it up. One the side, boil the cabbage’s softest leaves in salty water. Next, stuff each cabbage leaf with chopped meat and roll it into cannelloni. As you finish each one, place it on a tray and cover it in béchamel sauce and strips of cheese. When the tray is full, put it in the oven to melt the cheese.