Let the dogs… do the sled pulling

If you like snow and you like dogs, why haven’t you tried this yet? This is your chance. As a couple, as a family, with friends… an excursion on a dog sled awaits, and it will not disappoint.

Did you know that long before the invention of the wheel they were already using dog sleds in Lapland to move around? Regardless of its remote origins in time and space, in the Catalonia Pyrenees  mushing, which is the name given to the technique of travelling on a dog-pulled sled, is a deep-rooted practice. In a natural evolution, today it is no longer a mode of transport but a window in which to enjoy nature in movement. 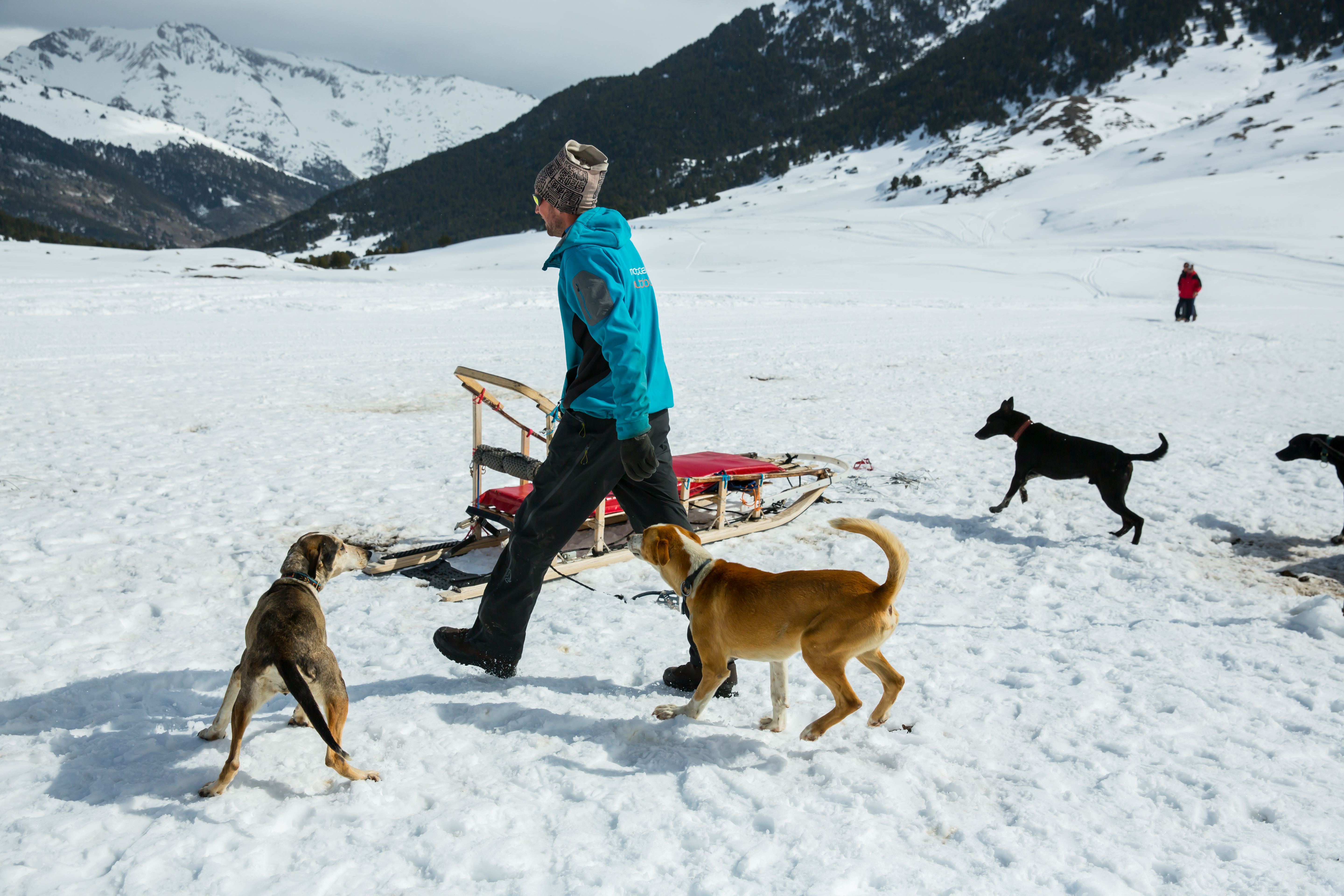 The Montgarri Outdoor musher and dogs.

There are several companies offering the possibility of going on a dog sled ride. The most common option is a sled with capacity for three adults or two adults and two children, pulled by twelve dogs guided by a musher. If you prefer, you can also take the reins yourself.

The sled is a vehicle fitted with skids or skis instead of wheels for sliding on ice or snow. There are different categories according to the number of dogs, which can go from 3 up to 10 or 12. Most of these dogs tend to be huskies, a docile breed that is perfectly adapted to running on snow. But huskies were not always the power that pulled the sleds. The early Lapp expeditions used dogs from the Kamutik breed, the direct descendants of polar wolves, but their wild spirit forced the Sami to replace them with more docile breeds. 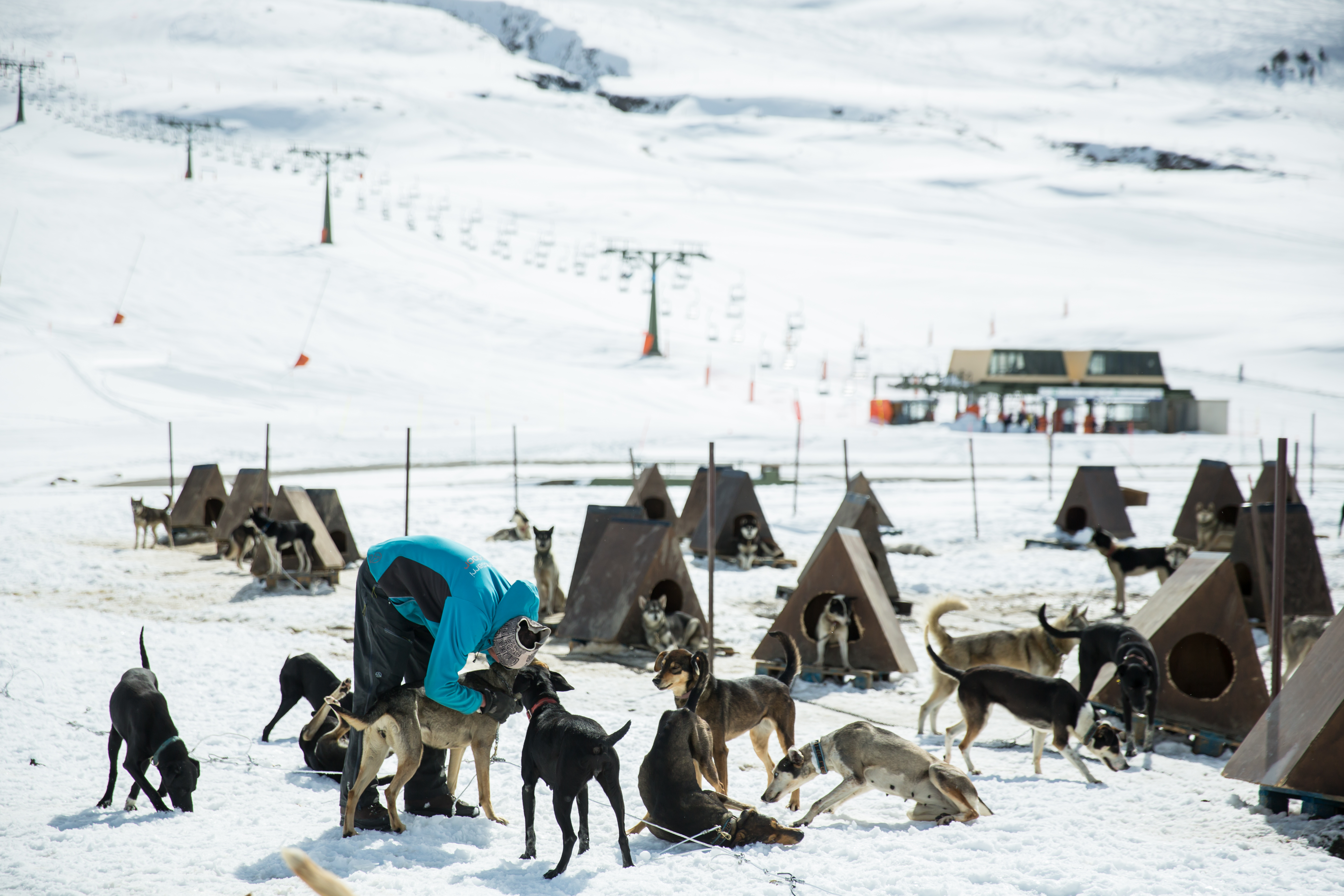 The dogs are raring to go, but first everything needs to be made ready.

And while during the day the snow is intensely reflective, in the Pyrenean nights it is the moon that turns into a beam of light. Watching it makes it difficult to believe that it does not reflect its own light. In Baqueira Beret you can do a night tour to view the most suggestive aspect of the Val d’Aran valley and the village of Montgarri. The route includes a stop in Montgarri to fill up the tank: the fuel will be a delicious Aranese dinner. 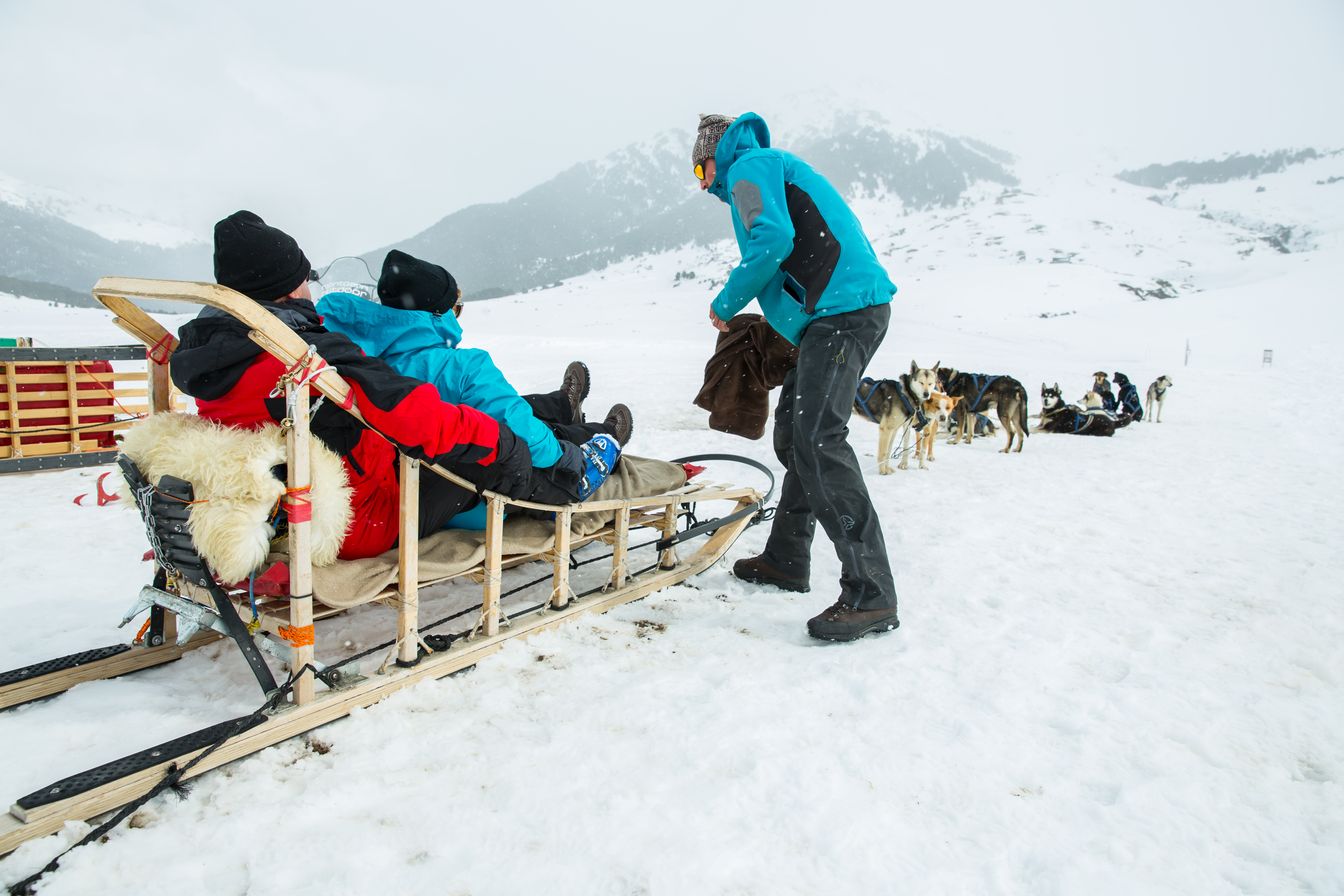 Time to start the ride around the Val d’Aran valley.

A maxim of mushing

Take note: respect for the animals is the maxim that governs this practice. If need be, customers descend from the sled to help the dogs overcome obstacles. Part of the activity is also caring for the dogs, an experience that will be especially enjoyed by children.

When do you want to go for a sled ride around the Catalonia Pyrenees? 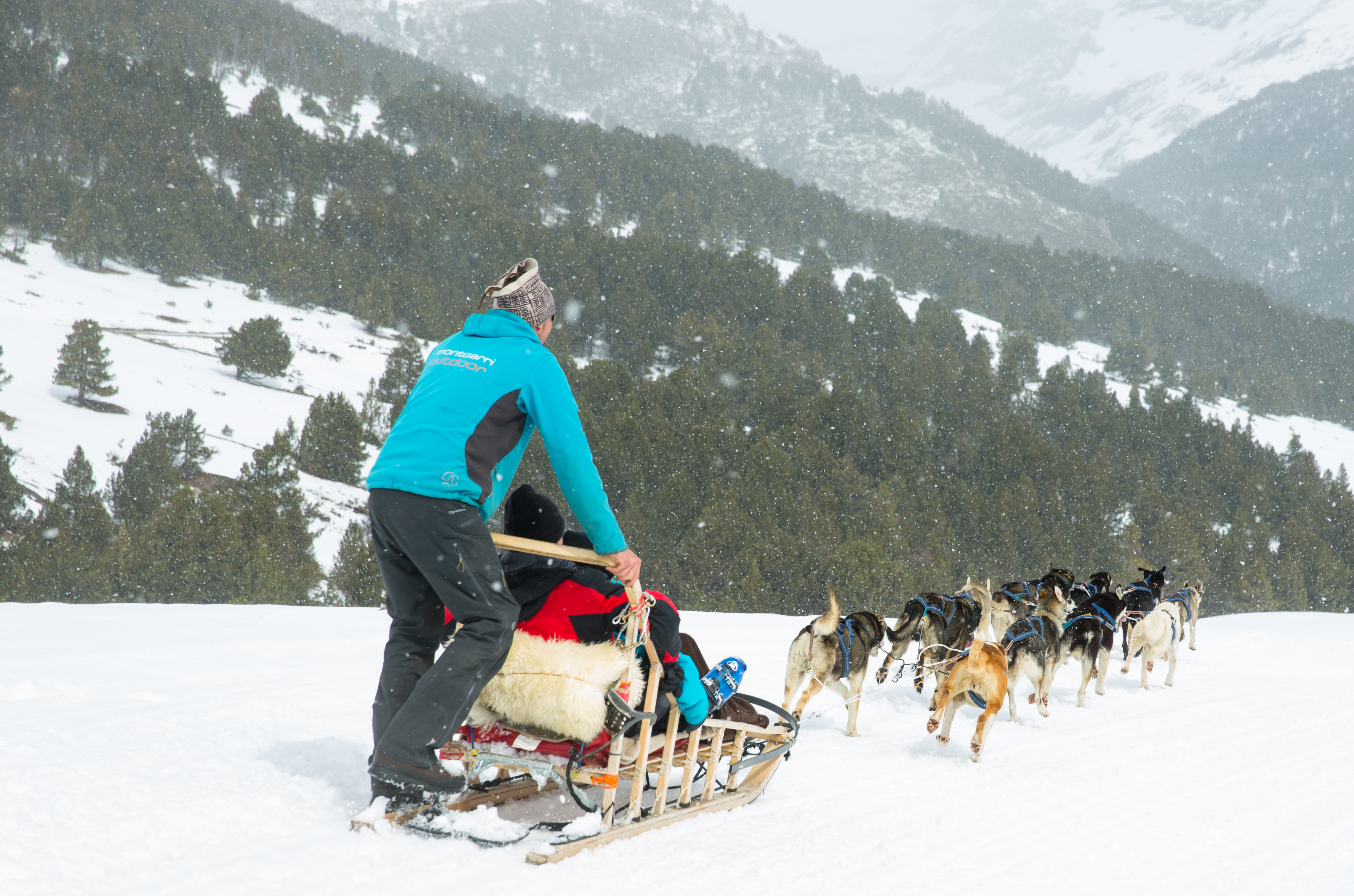 Whether snowing or sunny, the landscape will always be a joy. 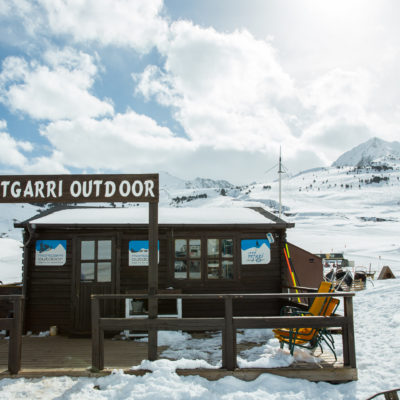 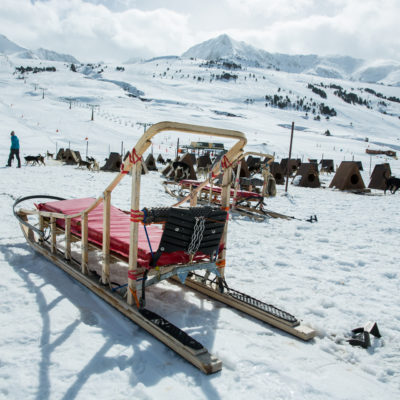 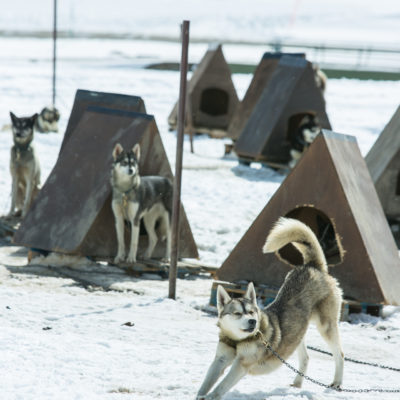 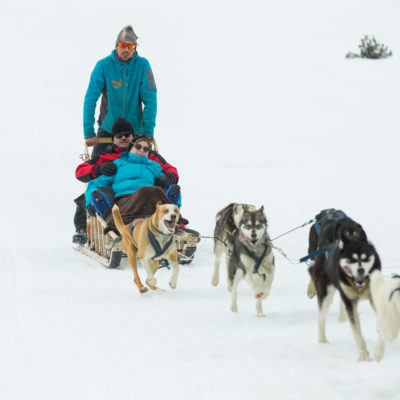 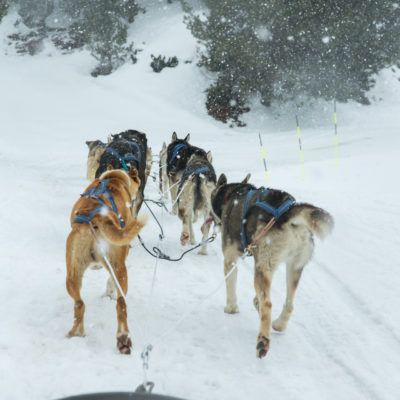 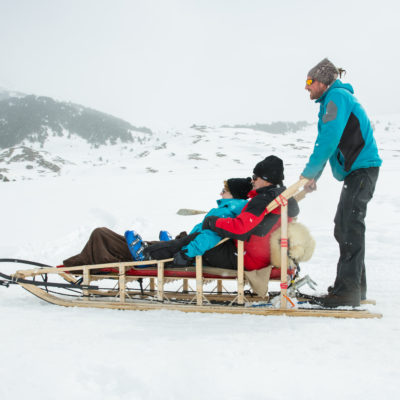