In the Catalan Pyrenees you will find countless trails for discovering white peaks, dark green forests and bluish-grey rivers. Here are some hiking routes for you to enjoy. Put your boots on and let’s get going!

The circular Camin Reiau (Royal Way) trail will lead you through the 33 villages of the Val d’Aran, following the paths that in the old days connected the various inhabited hamlets. The proposal divides the trail into 10 stages of around 15 kilometres. You can adapt the number of stages to your fitness level or to the days you have available. 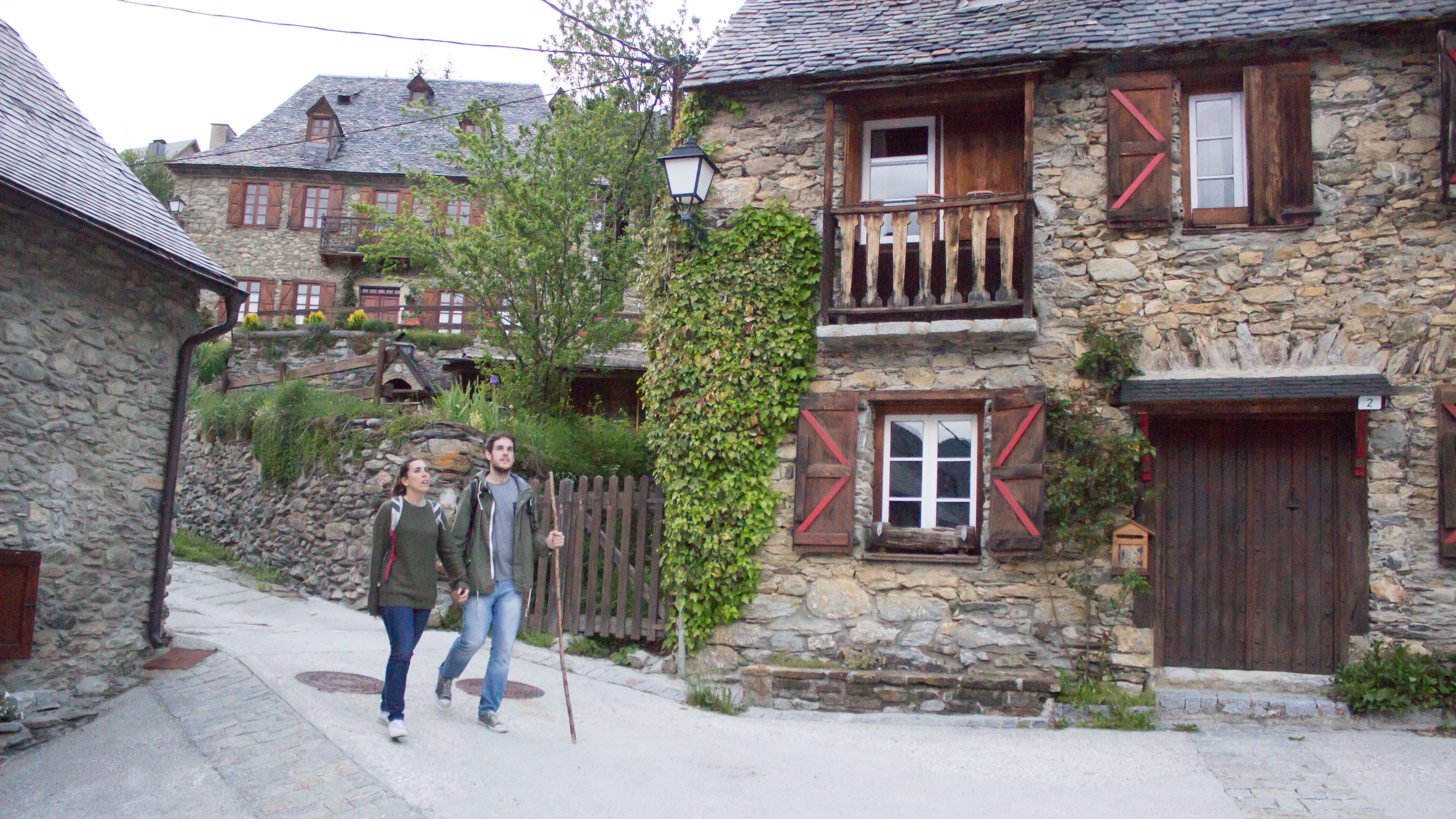 The river will be your compass

The babble of the Noguera de Tor river will accompany you throughout the route. The trail departs from the fountain of La Mena and heads north towards Caldes de Boí, on the border of the National Park of Aigüestortes i Estany de Sant Maurici. The 27-kilometre route follows old livestock trails and narrow gullies. Along the way you can visit several natural and cultural spots such as the Wildlife Centre, the Remei chapel and bridge, the centuries-old oaks, the Llesp and Barruera lakes, the 11th-century churches of Sant Feliu and Sant Joan or the vantage point over the Vall de Boí valley.

This is a very different route through the National Park of Aigüestortes i Estany de Sant Maurici. It is a classic of Catalan snowshoe hiking: The climb up the Montardo from the Cavallers (Horsemen) reservoir in the Vall de Boí valley. The trail runs entirely through the park and takes two days to complete.

The first day is devoted to climbing to the pretty Ventosa i Calvell refuge, while the second day ends in the climb to the Montardo summit at more than 2,800 m. This is certainly one of the best natural vantage points for viewing the sea of white ripples that form the snowy summits of Aigüestortes at this time of the year. 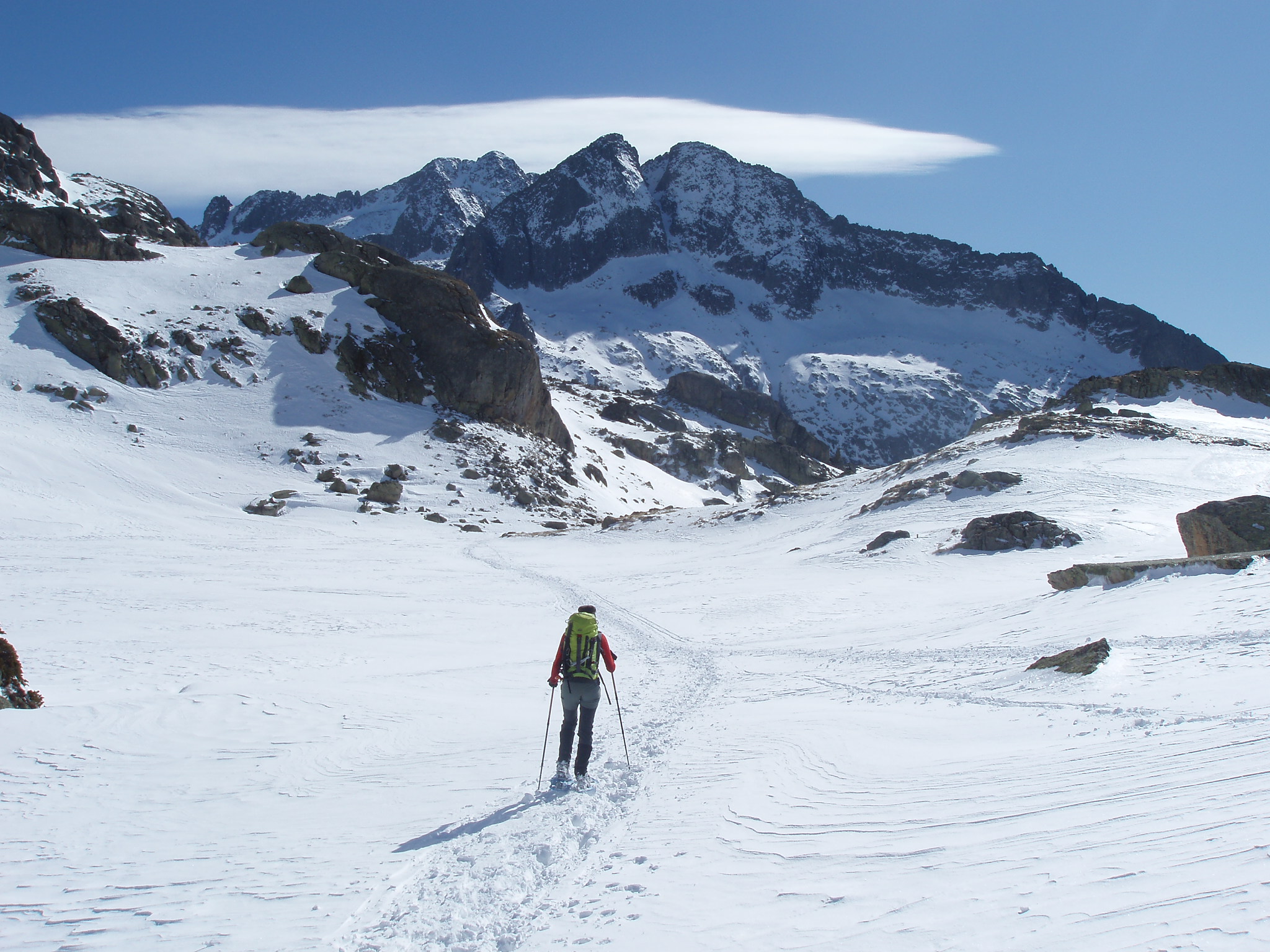 A paradise for otters… and kids

Visiting the countryside is a great plan for a family outing on one of those weekends when you don’t know what to do. La Mollera d’Escalarre is an otters’ paradise that you can discover in an excursion of around an hour and a half. The itinerary is quite flat and practically the whole route follows a wide and easy trail along which you will find four recreational areas. Otters are a favourite with children thanks to their friendly appearance and the pirouettes they perform in the water… they will certainly want to take one home! 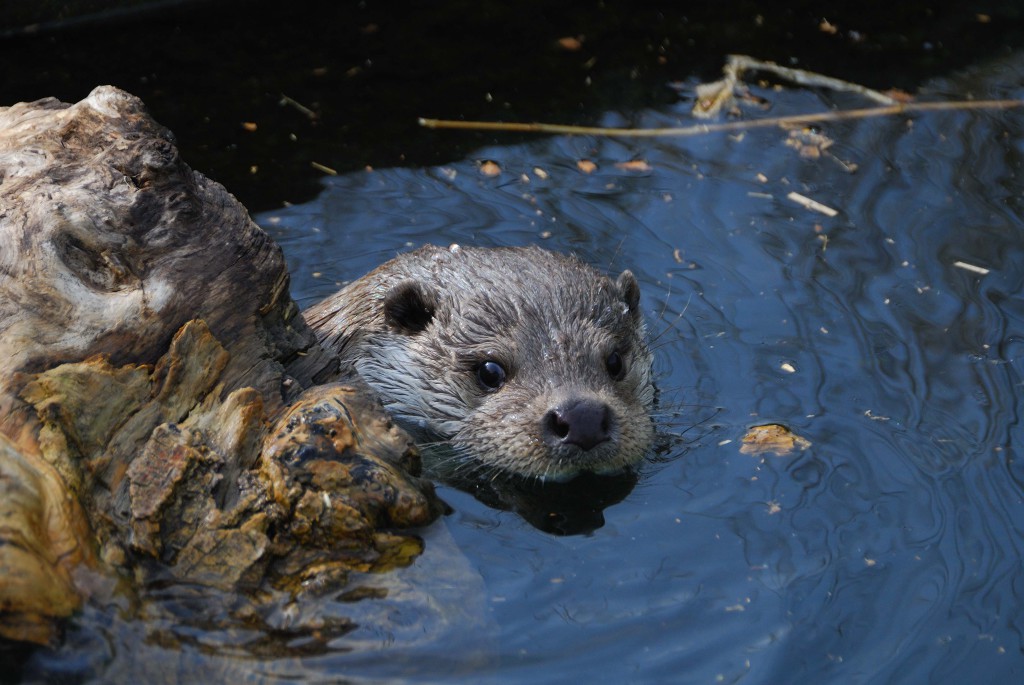 With your snowshoes on you can enter the Natural Park of the Cadí-Moixeró following the path leading from Estana to Prat de Cadí, a natural expanse situated at an altitude of 1,826 m where you will lose sight of the world. The area is very cold and the ground may be frozen, so snowshoes or crampons will be very useful.

Walking along the north face of the Cadí, you will discover this aspect of the mountain range with its vast rock walls that seem to be touching the clouds as well as the biodiversity that inhabits it. Virtually the entire route runs within the natural park, which owes its name to the Cadí and Moixeró mountain ranges joined by the pass of Tancalaporta, giving way to a breathtaking 30-km-long mountain barrier. 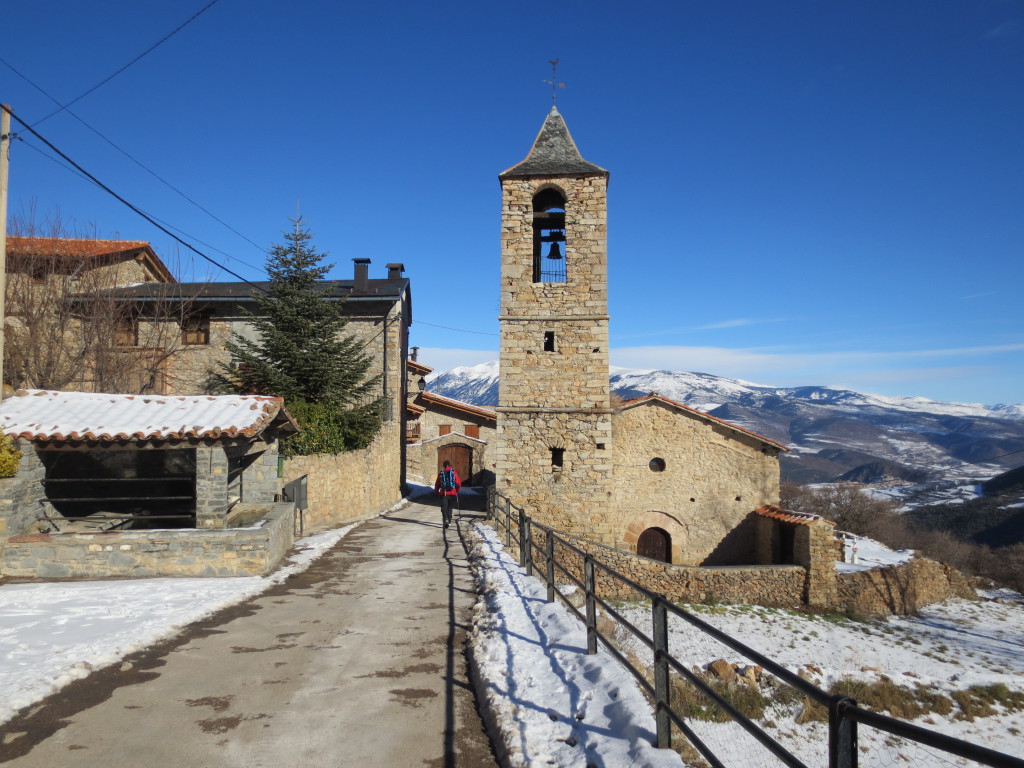 In total you will cover 60 km on snowshoes. You can complete it in 4 days, during which you will be walking in some of the most beautiful valleys of the Pyrenean foothills. The starting point is in Rasos de Peguera, in the Berguedà region, and arrival is in Port del Comte. The Caraglaçada route is the winter version of the trail of Caracremada, the nickname given to the last Catalan maquisard, who knew the area well. The name is not the only feature that differentiates them. The Caracremada trail is circular and starts and ends in Rasos de Peguera, whereas Caraglaçada is a linear trail. 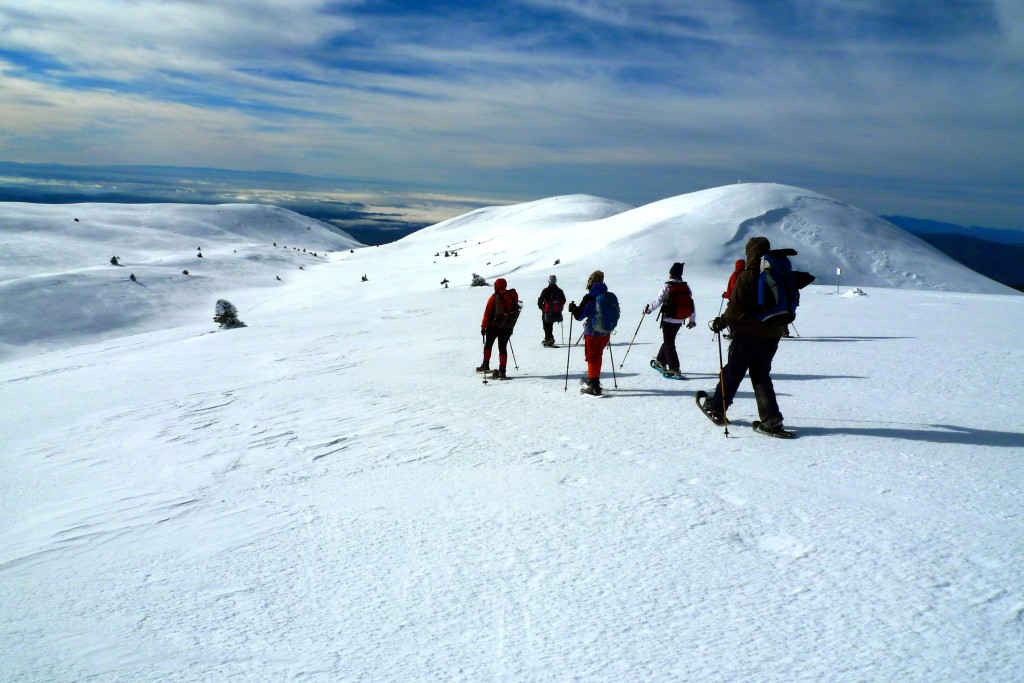 Choose a route, put your boots on and start walking. Before you know it, you will fall for the charms of the Catalonia Pyrenees. If you are looking for itineraries to discover them, the Hiking Guide to the Catalonia Pyrenees will suggest a few trails adapted to your or your family’s level.

The cover image is of the Montardo route. © Pyrenean Routes (Rutes Pirineus)