Following the trail of Pyrenean cuisine

Market cuisine, home-cooked preparations or a new take on typical classics such as grandma’s macaroni. Here are some of the places in the Catalonia Pyrenees that Josep Sucarrats, director of ‘Cuina’ magazine, considers should be visited by any foodie who wishes to unlock the secrets of Pyrenean cooking.
And if you wish to continue discovering more places and new flavours, pick up your knife and fork and enjoy.

Nuria García and Marcos Pedarròs creatively season each one of the recipes on offer at Er Occitan. Theirs is an innovative, cutting-edge gastronomic concept, with dishes prepared with care down to the last detail and based on local produce. The radius of influence of their cuisine encompasses the Val d’Aran valley, the Alta Ribagorça and Pallars Sobirà regions and the south of France. And if you like to be surprised when dining out, they have a tasting menu in which the chefs make a personal choice of some of the dishes on the menu. The selection changes, but for the diners the result is always the same: they leave with a great taste in their mouth.

For the cuisine of the Cerdanya region there is life beyond the typical trinxat. To demonstrate this, we have the gastronomic proposal of Ca la Núria restaurant. At the helm of her kitchen is Núria Bonet, who after working with some of the best Catalan chefs, decided in 2010 to open her own restaurant. The menu she prepares combines market cuisine with the traditional flavours of the Catalan Pyrenees, a cocktail that results in dishes such as scallops with potato foam and preserved bacon, artichoke cream with ham and black pudding or crunchy honeyed beef in a sauce. Apart from the dishes, the restaurant is a delight thanks to the breathtaking views of the Cadí mountain range enjoyed from the terrace.

Pau Cascon and Àlex Molas are the two main ingredients in the recipe of Les Trumfes restaurant. These two young chefs opened it seven years ago with a proposal of attractive winter cuisine tapas. Meats predominate, in the form of Iberian pork teriyaki with grilled vegetables or beef tenderloin with ‘poêle’ foie and ‘noisette’ butter. Their creations can be paired with some of the wines found on their extensive wine list, which includes designations of origin such as Pla de Bages, Montsant, Penedès or Priorat, for example. They also keep a corner for natural, organic wines that undergo very little intervention by the vintner during the production process.

Recovering medieval cuisine. That is what Carme Clotet and Romà Revelles have set out to do at Niu Nou restaurant, which forms part of the slow food movement and of the Berguedà region’s Club dels Sabors (Flavours Club) cookery collective. The Camí dels Bons Homes, the Path of Good Men that memorialises the exile of the Occitan Cathars, wound its way past their door and when they decided to promote the route as a tourist product they let themselves be swayed by the current. They wanted to go back to the origins of bygone cooking, recovering legumes, organic foodstuffs and the healthiest possible preparations. Among the dishes on their menu are salmon in genestada, a kind of blancmange made from rice, saffron and almond milk that already appeared in the ‘Llibre de Sent Soví’, a recipe book of medieval cookery written in Catalan. A truly historical meal. 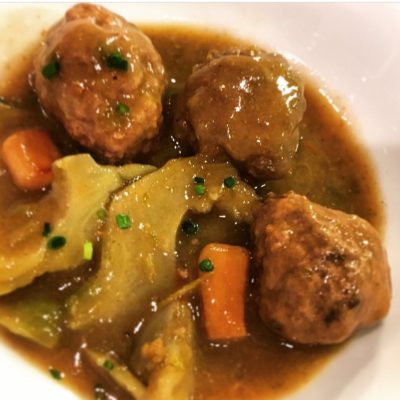 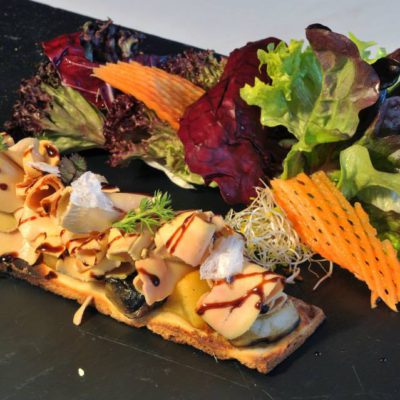 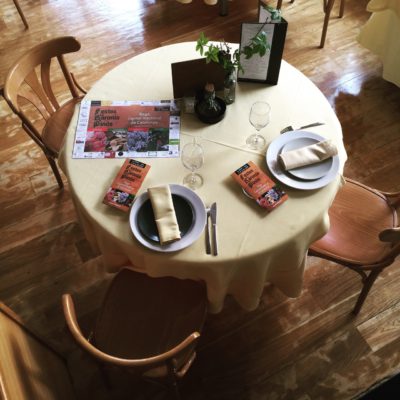 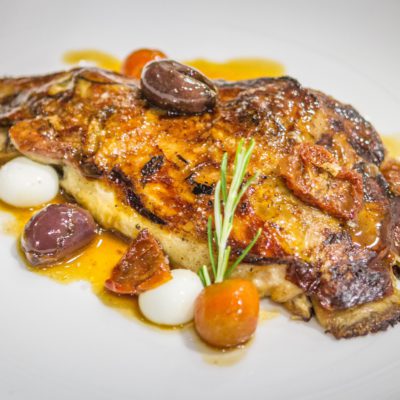 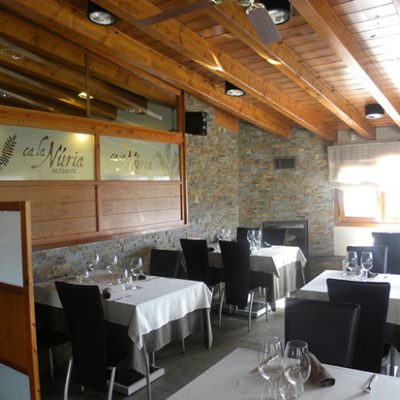 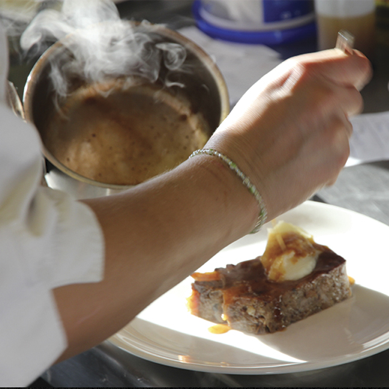 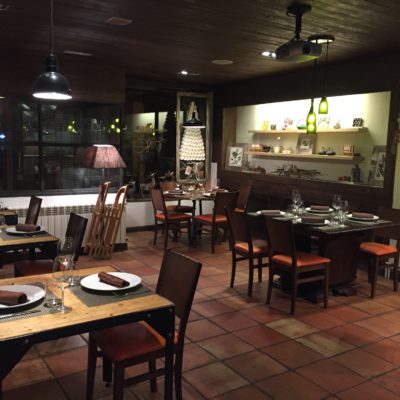