Following the trail of Pyrenean cuisine (2/2)

Park your skis for a while and pick up your knife and fork. Then follow this route to discover the cuisine of the Catalonia Pyrenees.

In the vicinity of Port Ainé resort and the National Park of Aigüestortes i Estany de Sant Maurici, the Fonda Farré inn is strongly committed to the cuisine of the Pallars, with touches of signature cooking and a highly elaborate presentation for each recipe. Stuffed foie coulant with ratafia dels raiers liqueur from La Pobla de Segur and walnuts from the Noguera or carpaccio of beef from the Pyrenees with salt from the village of Gerri de la Sal. These are some of the interesting culinary offerings from the Pallars Sobirà. As well as a restaurant, they have rooms in which you can spend the night and do some of the snow activities on offer in the Catalonia Pyrenees. The combination of good food and snow will set you up for success.

To eat good rice dishes in the Pallars Sobirà all you have to do is drive for ten minutes from the Fonda Farré inn to the town of Sort. Here you will find the genuine rice-cooking artisans of the Pessets Hotel restaurant. Meat and game also have considerable weight in their menu, based on traditional Pallars Sobirà cuisine and on seasonal produce. As a complement to their cuisine, they offer local wines, specifically those from Lo Batlliu winery of Sort, part of the Costers del Segre Designation of Origin. The establishment is a member of the La Xicoia Gastronomic Association of restaurant professionals who seek to disseminate the attractions and characteristics of the local cuisine.

The restaurant is located within the boundaries of the Cadí-Moixeró Natural Park, in a manor house that had already been occupied by the restaurant of chef Diego Alías’ grandparents. Since 2000, he is at the helm and brings his signature cuisine to the diners’ tables, with ample representation of local products and with an eye on the roots of mountain cooking. His work in the restaurant was recognised in 2015 when he was chosen Chef of the Year at the Girona Gastronomic Forum. With him in the kitchen is Roger Alcaraz. This duo has transformed Josa de Cadí into a foodie destination in the Catalonia Pyrenees.

When you visit El Pont 9 restaurant, besides their cuisine you will savour the Camprodon landscape. This family restaurant situated next to a beautiful 12th-century bridge stands out for its trendy aesthetic and the idyllic vistas of the river Ter from the main dining room. They prepare contemporary cuisine made from the best local produce. The dishes are perfectly paired with the wines selected by Jordi, the establishment’s wine steward. The wine list is open to the world, with wines from the Empordà region, Argentina, Ribera del Duero or Burgundy.

Do you agree that grandma’s macaroni are the great classic of Catalan children’s menus? In the Hostal dels Ossos guesthouse they are the star dish for adults. This will quickly be confirmed if you look at the tables around you. They give their macaroni a secret touch that makes them unique. Their home cooking is based on the most classic products of La Garrotxa region, with recipes such as marinated snails, white Santa Pau beans scrambled with raggedy sausage and mushrooms, the Ossos dish, duck with pears, stewed backbones, buckwheat pancakes. The Hostal dels Ossos is a member of the Cuina Volcànica (Volcanic Cooking) collective, a group of restaurants that preserves the gastronomic roots of this volcanic region. 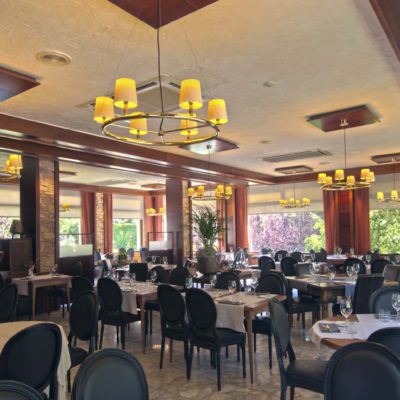 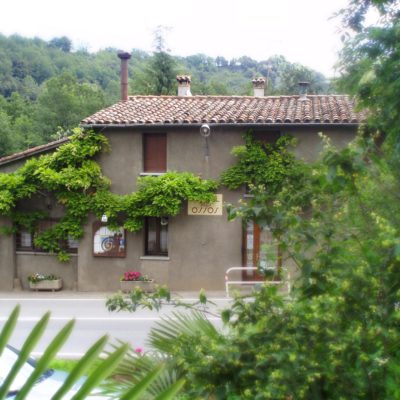 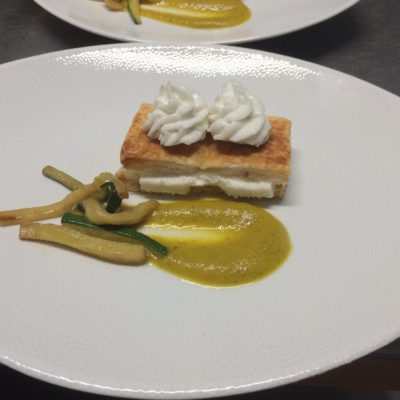 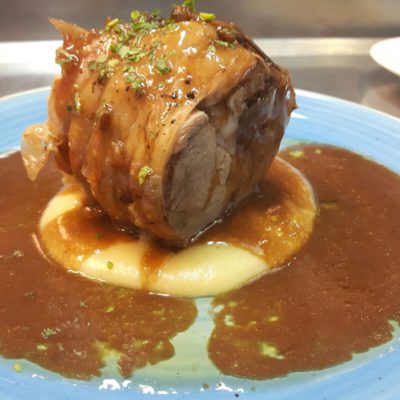 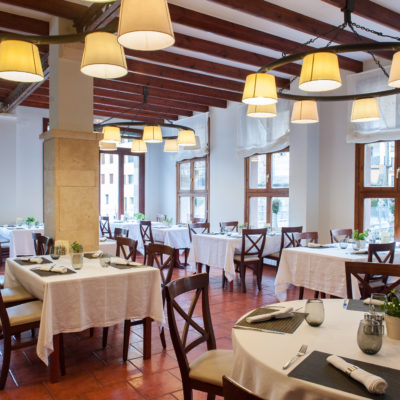 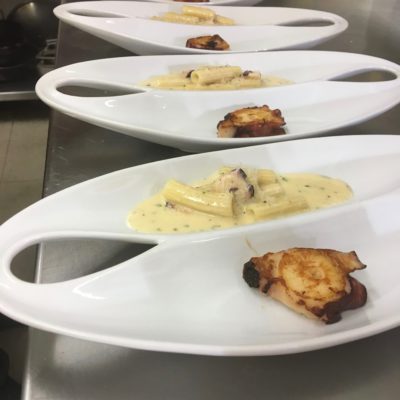