Catalonia tells you the story of wine

In Catalonia, everything tells you the story of wine. The oldest sites. Medieval monasteries. The Templars. Modernism. History. Rural heritage. The streets. The architecture. The landscape. The coast. The Inland Region. Gastronomy. Town festivals. Wherever you are, Catalonia has interesting wine tourism awaiting you. We are a region of great wines and we have a great wine-making tradition.

DO Alella: The Wines of the Barcelona court

Very close to the beautiful city of Barcelona and the Mediterranean Sea, the smallest DO in Catalonia can be found. The DO Alella boasts an exceptional wine-making tradition: its wines were already appreciated back in Roman times, they were applauded at the medieval court of Barcelona, they crossed borders and were exported to overseas colonies, and they became a luxury product among the bourgeoisie during the Modernist period (late 19th-early 20th centuries).

DO Catalunya: The Omnipresent Vineyard

The DO Catalunya is a designation that includes the entire geographical area of Catalonia and that coexists with the other designations, with vineyards in more than 400 towns, from north to south and from east to west. Creativity and freedom are its emblems, direct heirs of the region’s long-standing wine-making tradition.

DO Cava: The Dream of the Catalan Sparkling Wine

Cava is Catalonia’s sparkling wine. A story of dizzying effervescence started in the 19th century by wine-makers obsessed with perfecting the champagne-making method. Walking through the underground cellars of the DO Cava where the Macabeu, Xarel·lo and Parellada fermenting wines rest, is a journey through time that takes us from the origins of this sparkling wine to the restlessness of the 21st century. With its epicentre in the Penedès, the history of Cava has been closely related to Modernism and its heritage. 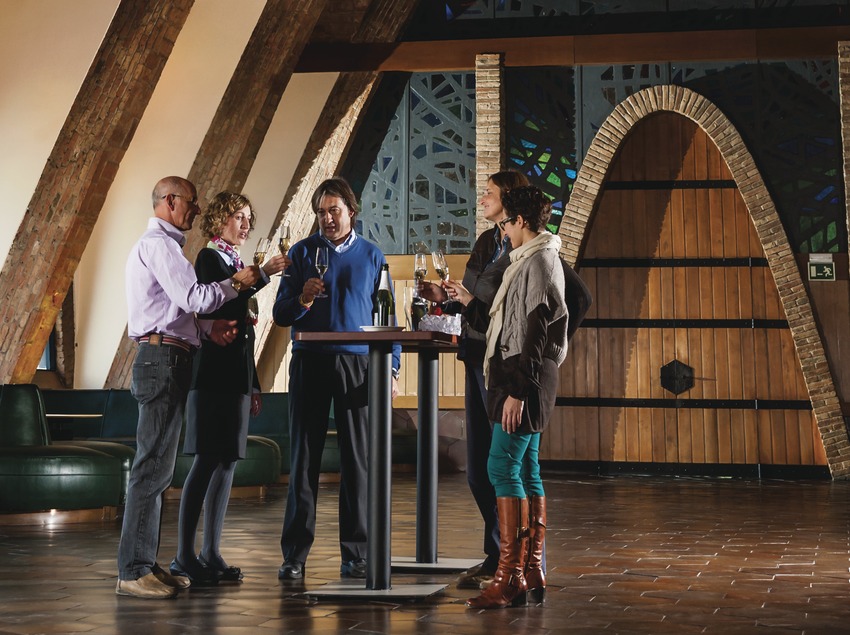 DO Conca de Barberà: Heritage, Modernism and the Trepat Variety

The DO Conca de Barberà has turned the Trepat grape, the native variety of the region, into its standard bearer. The area has a rich architectural heritage, including a group of Modernist wineries and the Poblet Monastery, which was instrumental in the expansion of the cultivation of the vineyard in the Middle Ages and which, today, is a World Heritage Site.

The DO Costers del Segre is an inland wine-growing area, and the DO farthest away from the sea. For centuries it formed a carpet of vineyards that were on the verge of disappearing due to the phylloxera blight that struck the area, however, it managed to re-emerge thanks to the tenacity of some true visionaries. A testament to that renaissance are the Raimat Wine Cathedral, with exceptional viticultural vigour, with its vines growing at 1,000 metres above sea level and opportunities for wine tourism such as the Lleida Wine Route.

DO Empordà: Where it all begins

It was the Greek and Phoenician traders who, in the 6th century BC, introduced vines and wine to Catalonia, and they did so precisely in the DO Empordà territory: in the Greek colony of Empúries, which today is one of the most important archaeological sites on the peninsula. With vines growing next to the sea, aerated by the northerly wind, this land, home to geniuses such as Salvador Dalí and Josep Pla, produces excellent wines that feature its classic Grenache varieties: noir, red and white. 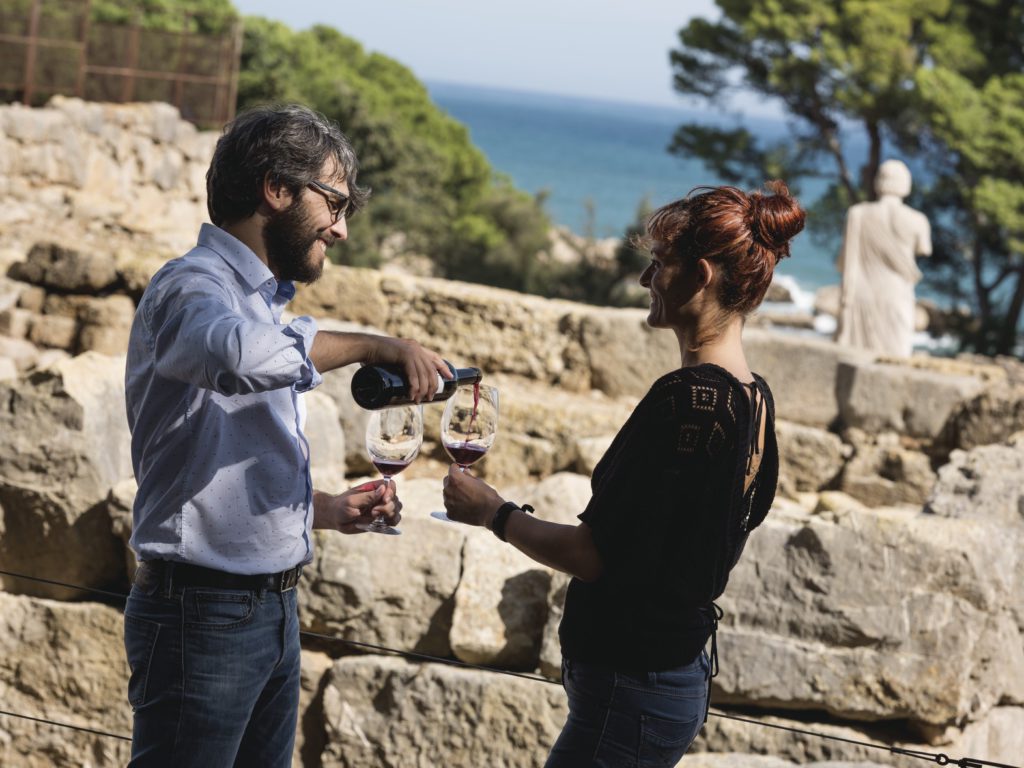 DO Montsant: The Revelation of the Holy Mountain

The DO Montsant has become renowned internationally in record time. Specialist critics and consumers alike can’t help but fall in love with its wines. Despite being young in years, its wine legacy goes way back, one that is kept alive by centuries-old wineries and cooperatives, which are architectural gems of agrarian Modernism. The Montsant (“holy mountain”) mountain range rises majestically to the north of this wine-growing area and gives its name to this great land of wines.

DO Penedès: The Historical Avant-garde of Catalan Wine

The DO Penedès has historically been a pioneering designation in Catalonia. Located just 30 minutes from Barcelona, it is a wine-growing area of great diversity in its landscapes, with inland vineyards and others next to the sea, speckled with a rich architectural and historical heritage: monasteries, castles and wineries which are considered Modernist jewels. A territory of agricultural entrepreneurs, which can now be discovered in a thousand and one different ways thanks to its comprehensive wine tourism.

DO Pla de Bages: Treasures at the Foot of the Vineyard

The DO Pla de Bages has a unique wine heritage in Europe, and one which has become the wine tourism treasure of the area. The treasures in question are thousands of dry-stone huts and vats, of great beauty and simplicity. They were built by farmers for centuries at the foot of the vineyards and used in the vinification process. An exceptional testimony to the vigour that the cultivation of the vineyard has had in this designation, which today forms a small producing area that makes some great wines. 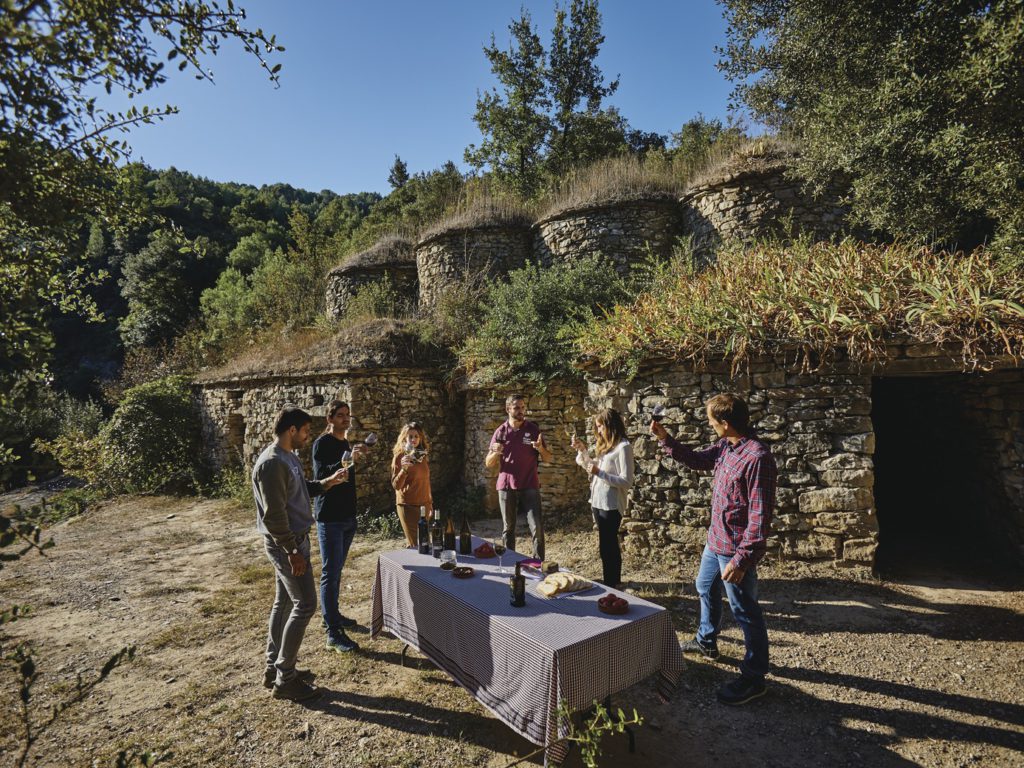 In this land of impossibly steep slopes, viticulture has always been and still is a heroic task. Just thirty years ago, a revolution emerged in the DOQ Priorat wine region which spearheaded the revival of Catalan and Spanish wines. Today, a constellation of small wineries continues to celebrate the uniqueness of the llicorella (the local name for the slate soil) and to its highly expressive wines.

DO Tarragona: The Wine of the Roman Empire

The legacy of the DO Tarragona vine cultivation takes us back to the time when Tarraco was one of the most important cities of the Roman Empire, and its wine was one of the most appreciated in the Mediterranean. Declared a UNESCO World Heritage Site, Tarragona is an excellent starting point for learning about the wine culture of a DO which, starting at the Mediterranean, goes deep into the rural inland territory and reaches the Terres de l’Ebre.

DO Terra Alta: The Temple of White Grenache

In this area of landscapes inspired by Picasso, the Templar monks were already cultivating vines back in the 13th century. Its conditions have always been optimal for cultivation, especially for white Grenache, the star of a whole palette of varieties. In recent years, combining tradition and innovation, a number of producers of the DO Terra Alta have put it back on the international map, whilst also providing authentic wine tourism. 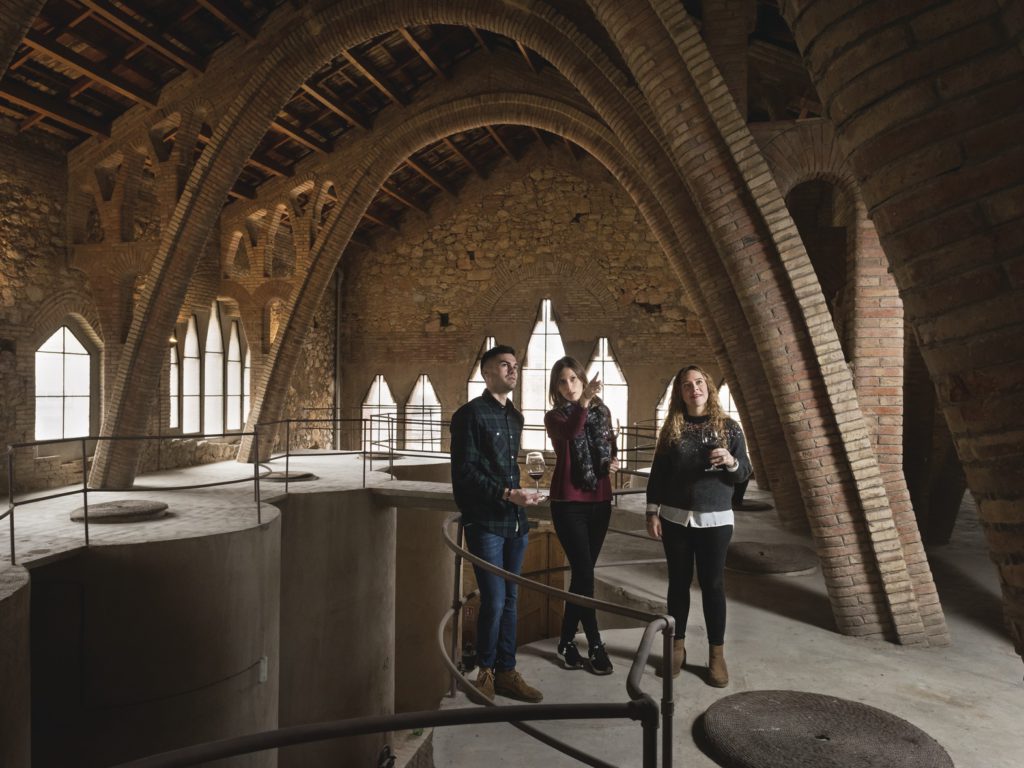